Way to Gold!
This video shows gameplay at a later stage in the game.

The wireframes I created for the in game UI and menu system. 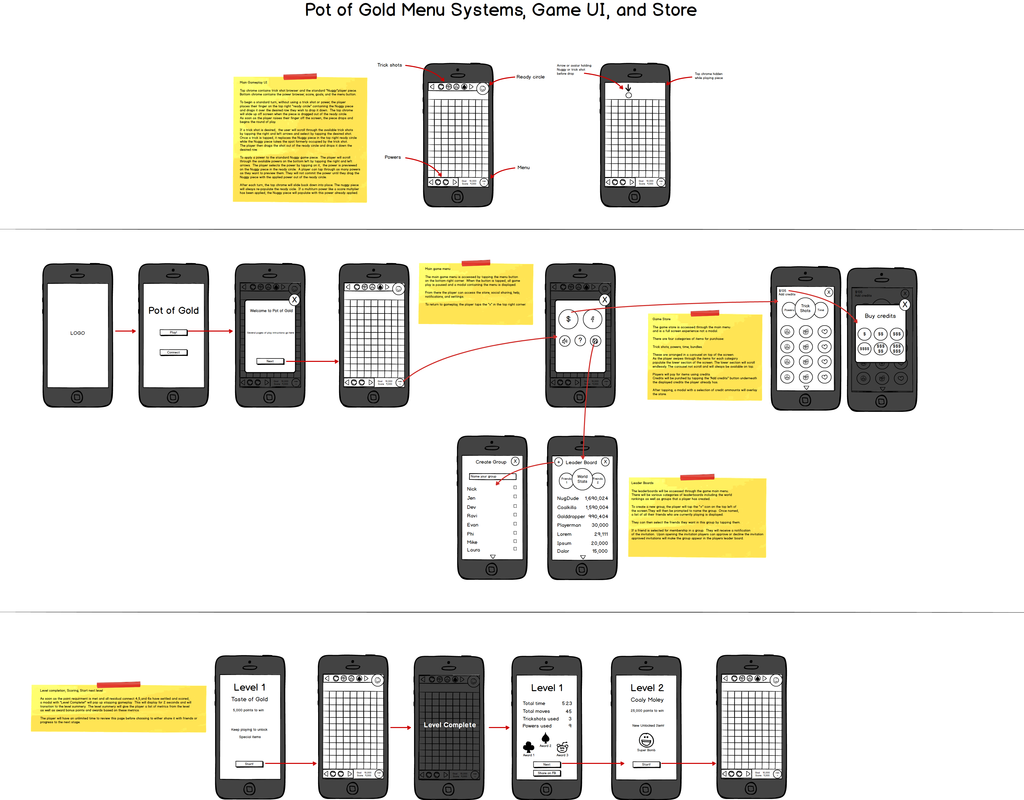 After the wireframes were finalized I created the following comps and documentation. 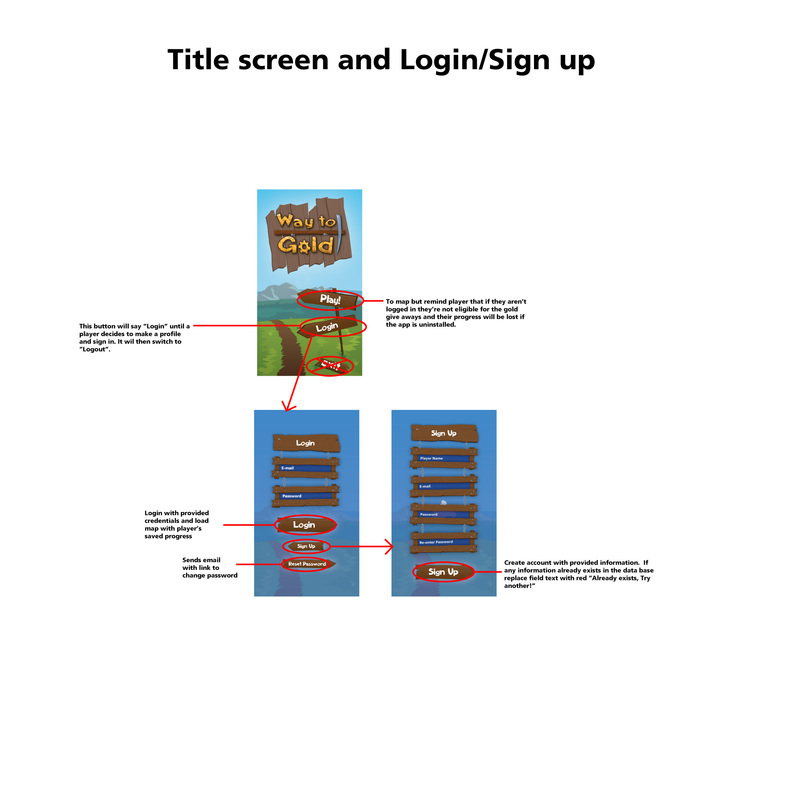 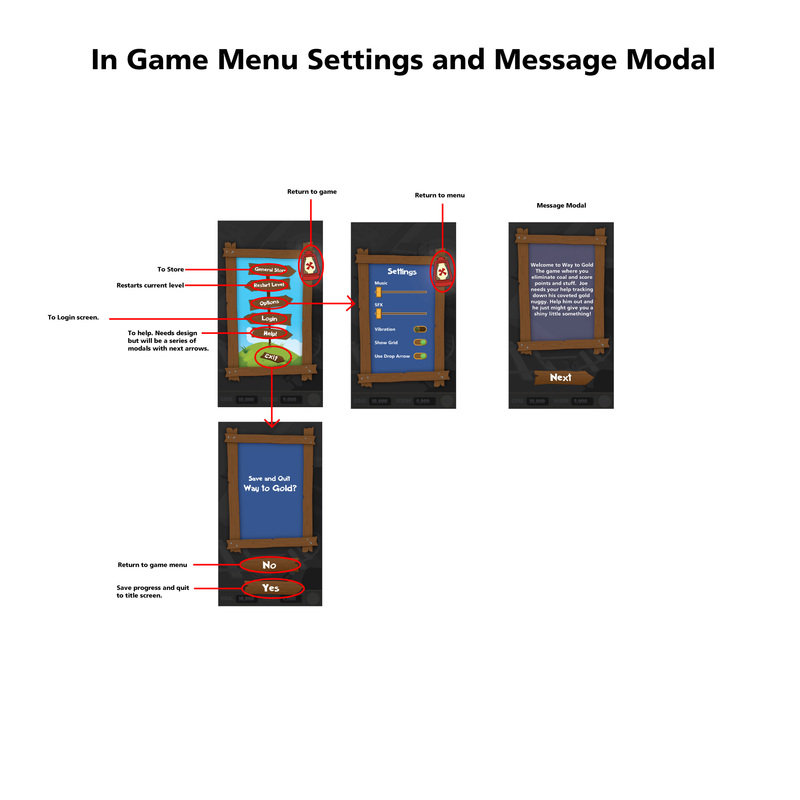 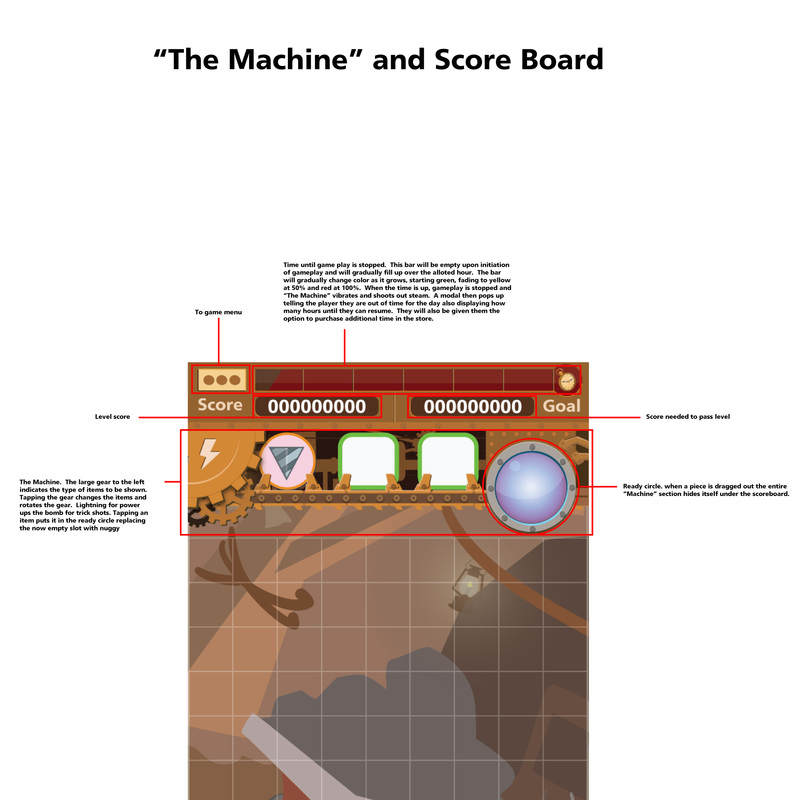 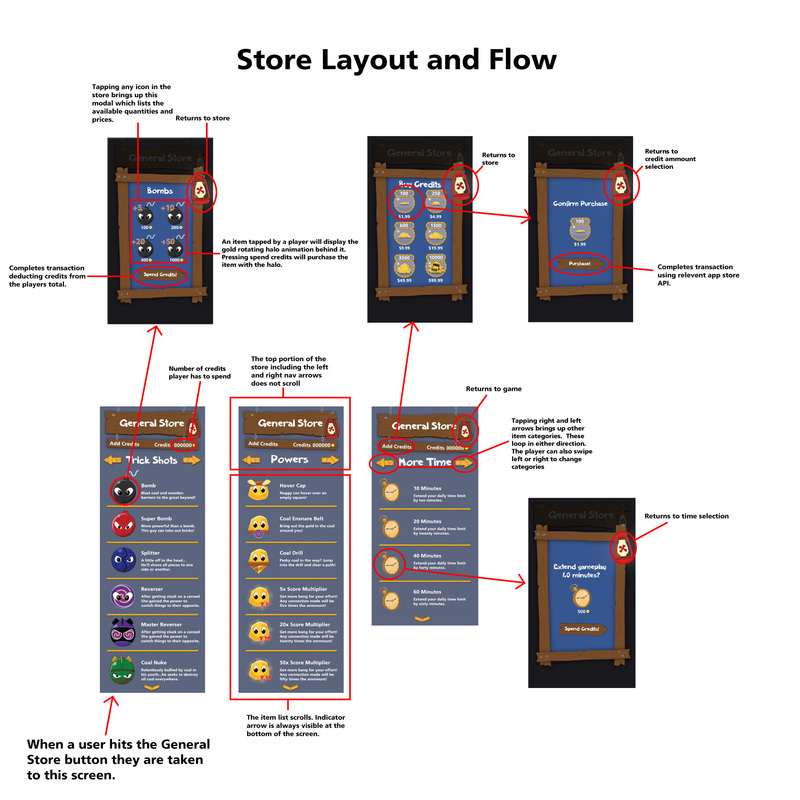 I created this sprite sheet in Illustrator.  It contains all the assets for every part of the Game UI. 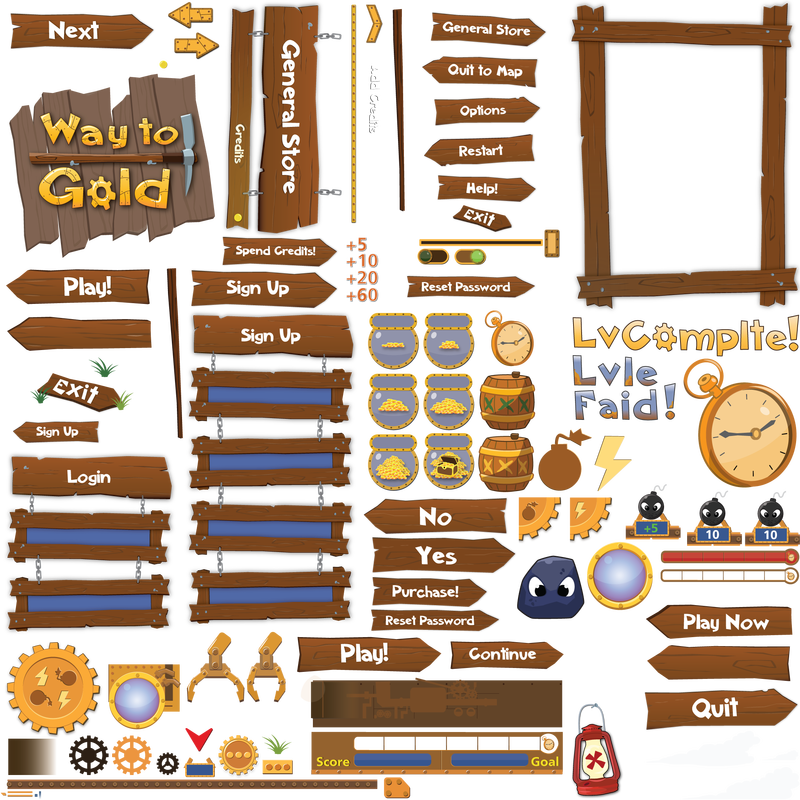 Several artists provided assets for this sheet. My contributions were the crab, bat, leaf, water drop and long flame animations, the red and black bombs, the spiral switcher piece, the small explosions, the satellite pieces and the costumed gold nuggets. 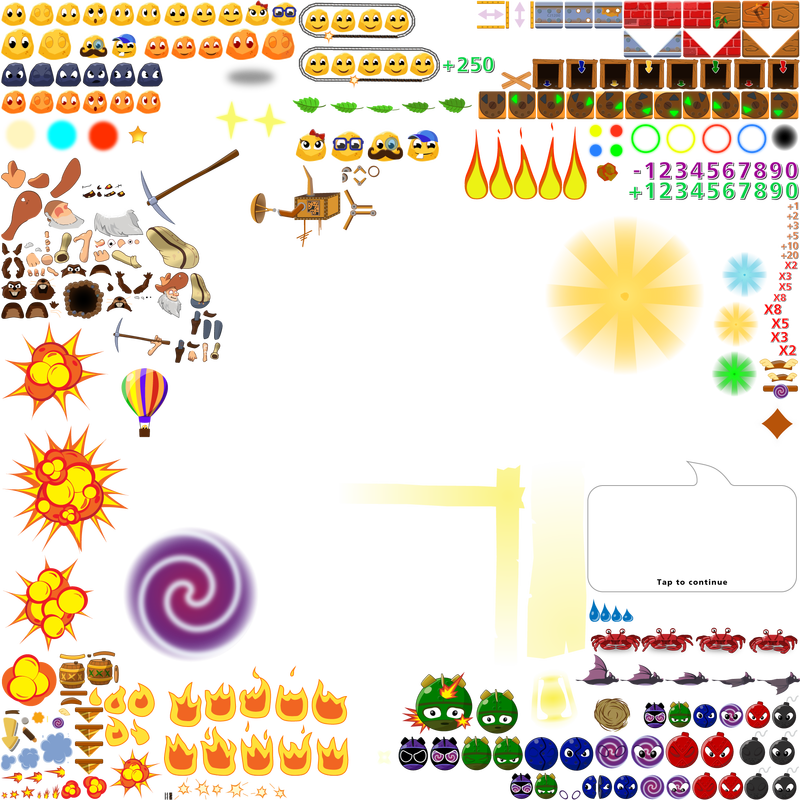 More assets I created. The top right contains the level states (completed, current, yet to play) as displayed on the world map as well as a menu button. The left side is an overlay that appears to guide the player though making their first move.  The bottom left are buttons that allow a player to switch between the Earth and space maps. The bottom right is a background that appears mid-game. 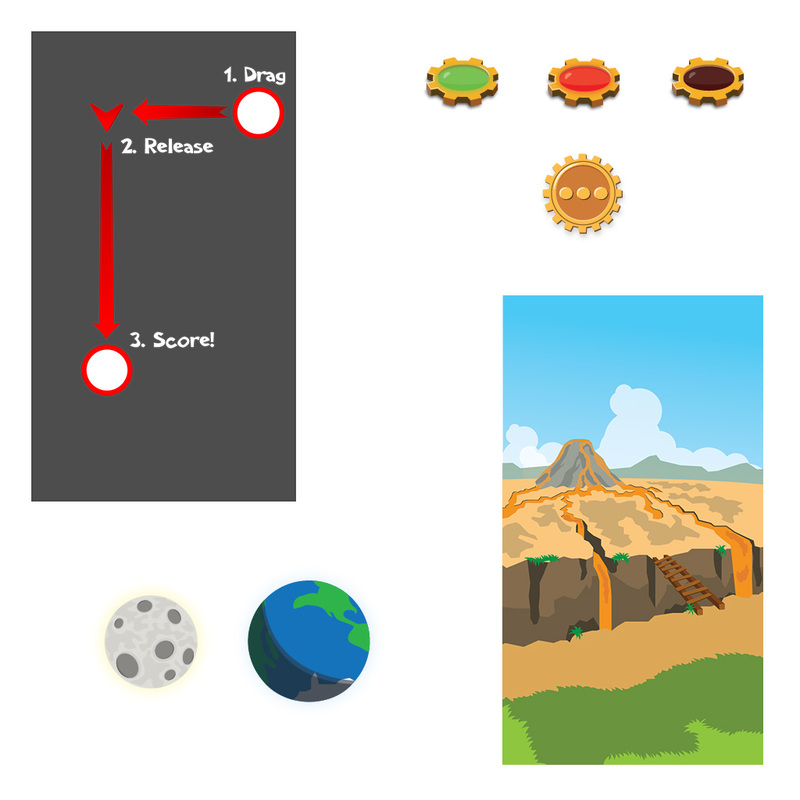